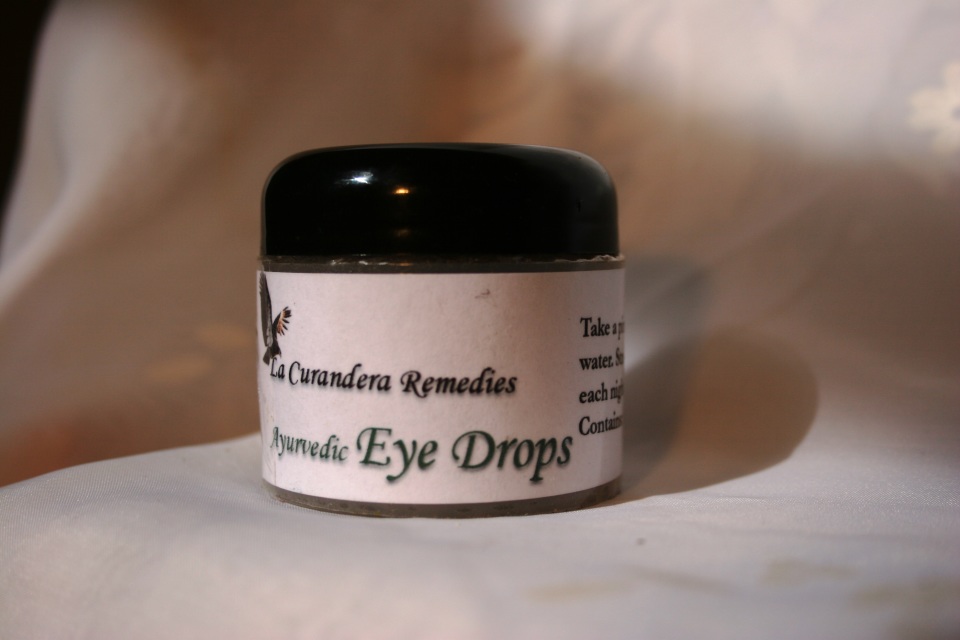 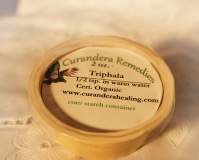 Please DO NOT order this if you are not in the continental US, unless you contact us FIRST at info@curanderahealing.com, for shipping fees. Otherwise you will be charged for the paypal fee for refunding your money.

These two products are 2 ounce containers.  In the Ayurvedic tradition, these made into eyedrops and put into eyes at the beginning stages of cataracts or for glaucoma. Specify which one you want. It may not help advanced cases.  ​

Triphala has been shown to be a powerful antioxidant, protecting cells from the damaging effects of free radicals. It is important when making eyedrops to buy only organic with no fillers or preservatives. Many sites selling Triphala put magnesium stearate in it, and other additves to make tablets.

Also helpful for cataracts, in this tradition, is eating; sweet potatoes, carrots, green vegetables and anise seed (about six grams a day).

For glaucoma use these drops every night, reduce salt intake and drink this smoothie everyday: Two bananas with strawberries in almond milk or other milk.

Coleus forskohlii is one of 200 varieties of the plant Coleus (Solenostemnon) found around the world. The therapeutic ingredient in Coleus forskohlii is found in its root, which was used originally in a paste form for treating a variety of disorders including cardiovascular conditions because of its vasodilating effect. In vitro studies show its significant antioxidant properties (Khatun 2011). In clinical studies involving both animals and humans, a special preparation of Coleus forskohlii, applied directly to the eye, was shown to reduce IOP by increasing intraocular circulation and decreasing aqueous humor inflow into the posterior cavity (Caprioli 1984; Hartman 1988). Benefits were observed about an hour after application and remained significant for at least 5 hours.

Coleus forskohlii has also been used in the treatment of hypothyroidism as well, a condition in which the thyroid gland underperforms. Interestingly, hypothyroidism is a proven risk factor for glaucoma (Cross 2008).